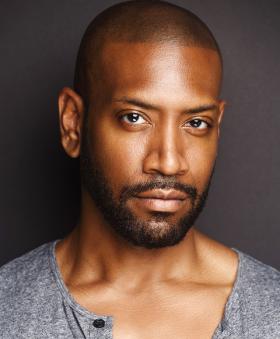 Northern Michigan University will hold a virtual commencement at 10 a.m. Saturday, May 1. Nearly 900 graduates will be honored at the ceremony, which will be broadcast via the internet and on WNMU-TV13. Bryan Terrell Clark, the Broadway star who played George Washington in Hamilton, will be the commencement speaker.

“While our greatest desire is to celebrate graduation with each of our students and their families in person, we are still dealing with limitations and safety protocols from the Michigan Department of Health and Human Services (MDHHS) and the CDC,” said NMU President Fritz Erickson. “I share the disappointment with our graduates, but we will recognize each graduate during this virtual ceremony.”

Clark is an accomplished actor and singer/songwriter. Before appearing in Hamilton, he made his Broadway debut playing the iconic role of Marvin Gaye in Motown: The Musical, which received a 2014 Grammy Award nomination for Best Musical Theater Album.

His TV credits include Fox’s Empire and he recently appeared in Ava DuVernay’s highly acclaimed Netflix miniseries, When They See Us. Musically, Clark was co-writer on Mary J. Blige’s song, Irreversible. He has performed with such artists as Maxwell, Brandy, Ne-Yo, Anita Baker and Michael Bublé

Clark is the co-founder of inDEFINED, an initiative that inspires and teaches young people to use their voices to erase constrictive labels in our society. He is also the recipient of the 2018 Voice for Social Justice Award from Rutgers University, the 2019 Gallery of Success Award from Temple University, and the HELP USA 2019 “Help Hero Award” for Volunteerism for his ongoing commitment to social change and activism.

Apply to Work with mediaBrew Communications

Superior Eye Health and Vision Therapy
NMU - Be You